Hey guys, Chief Siddharth here. With all the new releases and the irrelevant ban lists being discussed to death in cyberspace, I decided to take a look at all the archetypes in Yu-Gi-Oh, old and new, and rank the ones according to the strength of their boss monster.

‘Boss Monster’ can refer to the strongest monster of an archetype, or the one of the most widely used powerful monster in an archetype.

A handful of pointers which helped in deciding the rankings

That’s it for the conditions, now lets get to the actual rankings.

Boss Monster of the Machina-Gadget Deck

Easy to summon, irritating when destroyed, and perfect for xyz summoning, Machina Fortress really packs a punch. The threshold around which gadget decks are built, fortress is a power-packed boss monster.

Fortress is particularly deadly against decks that have little monster removal in the form of spells and traps.

The most powerful of the Egyptian god cards in the card game. 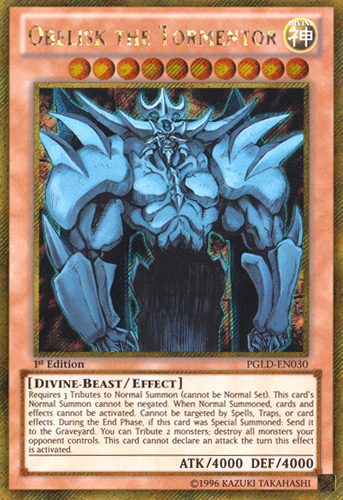 The most powerful of the God cards in our card game, Obelisk the Tormentor is a card which any player would love to have on the field. The key cog in any God Card deck, Obelisk really packs a punch.

While its not the easiest to get out, Obelisk can easily win you a duel once its on the field.

Don’t forget, its also a monster that can steamroll Apo Qliphoth Towers

Boss monsters of The Agent deck and archetype.

Traits: Easy to summon, provides lots of removal and can gradually win you field advantage.

Master Hyperion is the key monster in the agent deck.

Master Hyperion is a devastating monster when given the right support. It performs the function of a Dark Armed Dragon but can be even better when used to its maximum potential. It rips apart any reactive deck too. A great field presence. Self explanatory overall.

7. Black Luster Soldier-Envoy of the Beginning 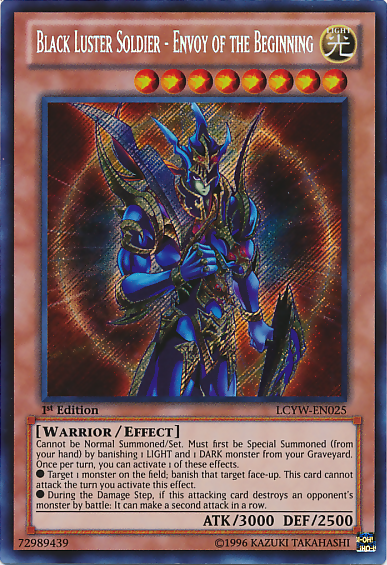 Boss Monster of the Chaos Archetype (1 of the bosses)

Black Luster Soldier is simply a staple in twilight and chaos dragon decks. Part of the famous Chaos Dragon deck, this card could top the list if it weren’t limited on the TCG and OCG banlists

Once again, its powerful effect is self-explanatory.

Considering we are in a heavily graveyard-based deck this monster scores above the less recurrable BLS and Master Hyperion.

Traits: Solid effect, semi-splashable, not too hard to summon 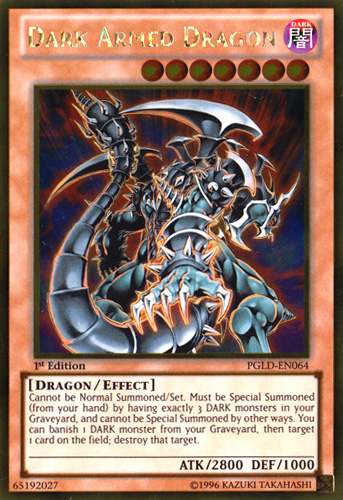 Dark armed dragon, commonly known as DAD considering the part it played in the famed tele-DAD deck, is one of the legendary boss monsters our game has seen.

This splashable, generic trait keeps it ahead of the chasing pack in this list.

This card has clocked astronomical prices online, and will continue to do so as long as Dragons are part of our game. 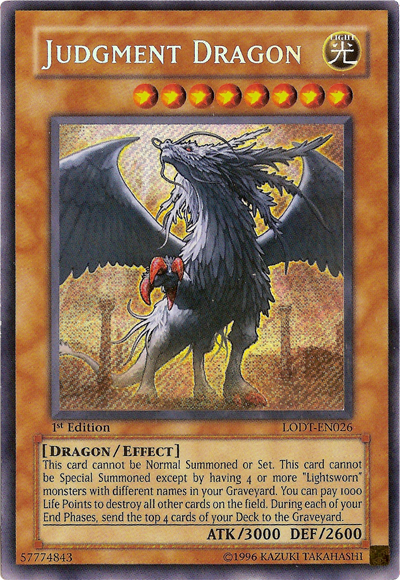 Boss Monster of the Lightsworn archetype

Traits: Devastating Effect, 3000 attack beatstick, not too hard to summon.

Judgement Dragon is a card which all decks should fear. Whether you have 50 monsters or a 100 monsters on the field wont make a difference for this card. Having an unparalleled effect (similar only to Gandora) that can wipe the field as many times as required seriously sets the tone for Lightsworn domination.

Judgement Dragon can finish off qliphoths, burning abyss, tellarknights and many other decks. With a bit of support, summoning this card = winning the duel.

Boss Monster of the ‘Qli’ archetype.

Apoqliphort towers is one of the most powerful boss monsters to ever have been released. Reading the effect itself should make you understand.

Why it isn’t number 1

That said, apoqliphort still gives nightmares to many duelists.

No, its not a Shaddoll. Its masked hero DARK LAW.

The boss monster of the increasingly popular HERO archetype.

NOTE: The card hasn’t released in english so I made it.. so there is the black and white picture (couldn’t find the colour version).

Dark Law has many benefits which it carries to the field.

Dark Law does have a challenging summoning condition, but the fact that there are new tele-dark law decks coming out means that Dark Law will be dictating terms in the meta. Many bosses preceding this will also face problems against Dark Law.

Overpowered in the meta, indeed.

That’s it for this post, more coming later on Chief Siddharth.