Tactical Fouling predicts the top 4, and previews their fortunes.

Jurgen Klopp’s offensive additions and a successful preseason, including a 4-0 victory against Barcelona, give Liverpool hope, although doubts remain over their suspect defense.
Why will they make the top 4?

With the arrival of Jose Mourinho and Pep Guardiola, it’s easy to forget that Liverpool also boast one of the best managers around in Jurgen Klopp. Awarded with a new contract, control over transfers and given time to implement his famous triple training sessions, Klopp has fashioned a Liverpool side that is closer to his vision in terms of fitness and counter-attacking cohesion. The 4-0 win over Barcelona showcased Liverpool’s fitness, speed and Klopp’s ‘heavy metal’ brand of football. When in full flow, few sides will be able to cope with this physically intensive style of play, which truly required an entire preseason to implement.

It’s worth noting that Klopp also had the majority of a season to adapt to the rigors of the Premier League, and understand its nuances. Indeed, the former Dortmund manager managed to reach 2 cup finals despite residing over an injury crisis last season. With no European football to worry about this season, Klopp should be able to drag Liverpool back into the top 4.

Why won’t they win?

Despite having a fantastic preseason, possibly the best of the teams on this list, Liverpool are still far from Klopp’s vision. Regardless of how this summer proceeded, the former Mainz manager generally requires multiple summers to build a squad capable of playing at the requisite intensity for an entire season.

Klopp hasn’t overhauled the entire squad either, the defense in particular needs improvements, while the midfield could use a slightly defensive minded player. Whether any of Phillipe Coutinho, Jordan Henderson and Daniel Sturridge actually figure in Klopp’s long term plans is another question entirely- the manager’s selections should answer that this season.

In the presence of multiple world class managers, these small weaknesses should mean that Liverpool do not win the title.

A promising summer at Anfield, as the club’s investment in Jurgen Klopp has started to pay off. Liverpool should play incredibly intense football for most of the season, especially in the absence of European football, but the prevailing feeling is that Klopp will need more time to complete a squad capable of winning the league. 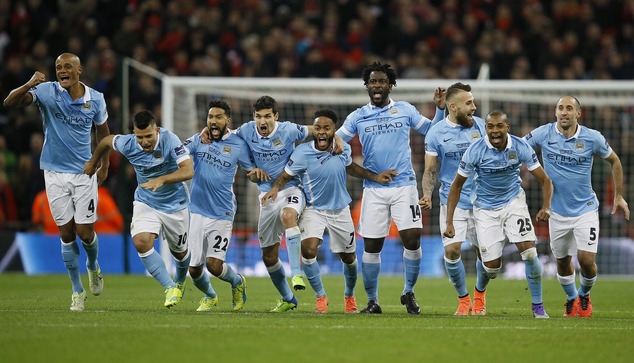 A season of transition for Manchester City. Pep Guardiola will need time to get adjusted to the physical Premier League, and sudden dips in form and uncharacteristic losses may impede on an otherwise fantastic title challenge.

Why can they win the title?

They possess a fantastic squad, and a fantastic coach who prides himself on preventing the kind of complacency which set in last season. Pep Guardiola’s formidable league record- he has won 6 league titles in 7 years of senior management- ensures that City have the right man to lead their title challenge.

Manchester City have also spent upwards of €150 million on a host of players who should excel under Guardiola, and can now complement top notch talent in Sergio Aguero and Kevin De Bruyne with exotic imports including Ilkay Gundogan and Nolito. The man who brought out the best in Lionel Messi should improve both the mercurial talent Raheem Sterling and exciting youngster Leroy Sane. With the coveted John Stones partnering Vincent Kompany at the heart of defense, the squad is stacked with either promising youth or world class players in most positions.

There is no doubt that the Abu Dhabi owners’ consistent investment into the club has given the Etihad stadium a world class squad. Boasting one of the best managers in world football (perhaps second only to Diego Simeone), they are primed for a title challenge.

What could derail their title challenge?

It has been suggested recently, especially after Atletico Madrid’s elimination of Bayern Munich, that Pep Guardiola could be past his peak, much like Mourinho was after he led Inter Milan to a treble in 2010. The Catalan’s league record is only matched by Mourinho’s before 2010, and it is unlikely that he will dominate English football like he dominated the German landscape.

City’s defense is a weak link- John Stones is still a raw defender prone to errors even though his price tag might suggest otherwise, and their full backs are distinctly average. If Vincent Kompany gets injured, it’s hard to see Guardiola conjuring a makeshift defense that could succeed in the Premier League.

There is also the inevitable period of transition that Pep will have to overcome as well. It will take time for him to adapt his fluid possession football to the rigors of the Premier League. Only time will tell whether game based on ball retention will be sustainable enough to conquer English football.

Guardiola will also be managing in an incredibly competitive league that has unique fixture congestion- whether he will be able to seal the title with an injury prone Vincent Kompany and Sergio Aguero is questionable, especially as his side might have to deal with sudden losses to physical opponents due to experimental lineups

Manchester City should take big strides forward this season, and the Etihad will witness an entertaining brand of football come the end of the season. But this season remains one lost to transition and necessary tinkering. After all, Guardiola inherited a team that came 4th in a division topped by Leicester, rather than one that completed a treble. 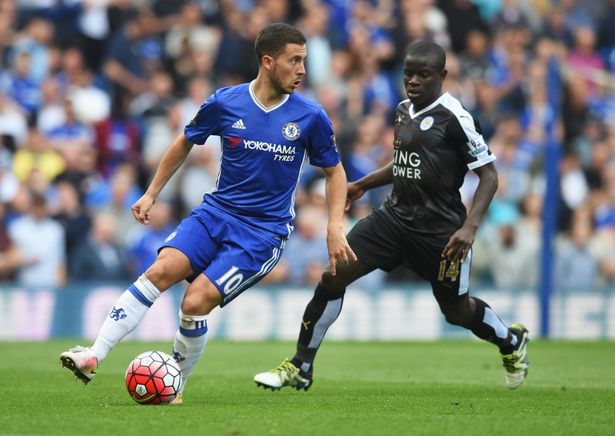 Led by the brilliant Antonio Conte, Chelsea should play intense, exhilarating football with no European fixture congestion, but their aging defense should see them fall just short of the Premier League title.

Why could they contend for the title?

Despite their terrible performance in the league last season, Antonio Conte still inherited a group of world class players who marched to the title in 2015. This was a group bereft of confidence and ideas, but the former Italy coach is the right man to take them forward.

Sources from Cobham have already detailed Conte’s physically and tactically intensive training sessions, often twice a day, which should return the Blues to their elite level. Chelsea enter the new season a fit, sharp side- in contrast to their condition after the  horror preseason they endured the year prior.

Apart from rebuilding the group on the training ground, Conte has immediately revitalized his midfield with the signing of N’Golo Kante. The former Leicester man provides much need energy in the middle of the park, and was signed at around €30 million- a coupe in today’s market. Michu Batshuayi will also provide strike competition, or partnership for Diego Costa.

Above all, Chelsea’s title challenge will be bolstered by the lack of Champions League Football this term. Not only will this give them more time to recover and avoid injuries, but it will allow Antonio Conte to get more of his ideas across on the training ground. The Italian, who won 3 league titles in his 3 seasons at Juventus, is primed for an assault on the title. 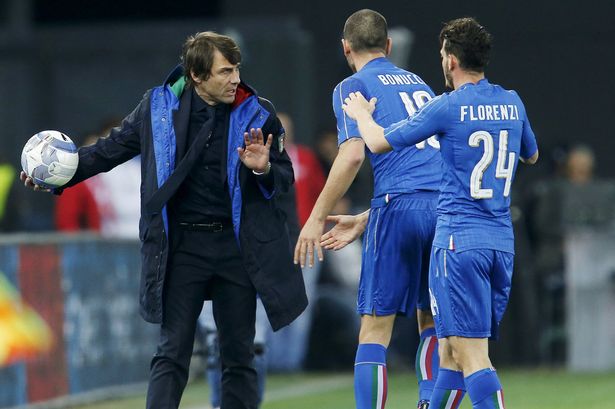 Why could they fall short?

In the most competitive Premier League in years, even Antonio Conte will need time to adapt, although training ground rumors suggest that he is already adapting his preferred system to the league.

But the prevailing feeling is that Conte has not spent enough to address the aging Blues defense, and that John Terry and Branislav Ivanovic will struggle to helm a title winning defense. It’s hard to see Chelsea winning without a notable defensive addition- even with the reliable Kurt Zouma slated to return in September. Kante’s presence will help protect the back 4, Furthermore, Baba Rahman has been sent out on loan, leaving Chelsea with little cover in the full back positions.

The club still seem reluctant to part with the funds needed to capture world class players in this inflated market, as seen in their failed pursuits of John Stones and Kalidou Koulibaly. Of course, this might change in forthcoming weeks. Without new defensive reinforcements, however, Chelsea could see a weak defense harm their title challenge.

Chelsea will be an entirely new proposition this season, playing intense football and improving as the season progresses. The absence of Champions League fixtures gives the Blues a competitive edge, but the lack of defensive signings should prevent them from reclaiming the Premier League. 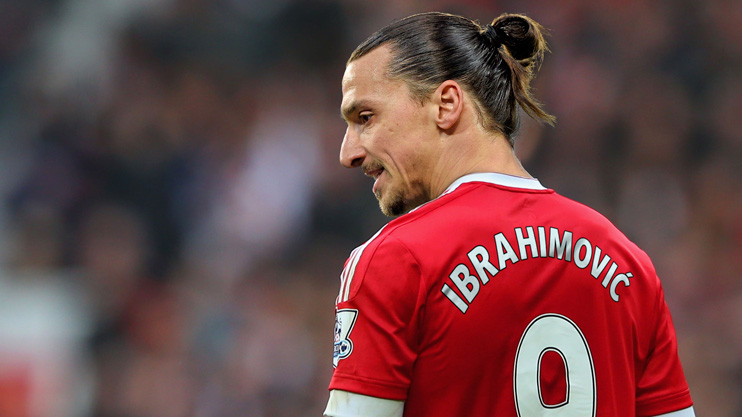 The Red Devils signed Jose Mourinho and completed one of the best transfer windows in club history. A return to glory days beckons.

Why are they likely to be champions?

United’s transfer business was unparalleled across Europe’s major leagues; only Manchester City came remotely close to acquiring so many high profile targets. In a bid to win the Premier League, United signed a young, promising defender in Eric Bailly; captured a no. 10 at the peak of his powers, Henrikh Mkhitaryan; and signed on a charismatic star who has won a remarkable 13 league titles in 15 years, Zlatan Ibrahimovic. United also paid a world record fee to sign the dynamic Paul Pogba.

In many ways, United’s transfer window can be compared to Barcelona’s ahead of the 2014-15 season. The Catalans signed Luis Suarez, Ivan Rakitic, Jeremy Mathieu, Claudio Bravo and Mark Andre Ter Stegen, and proceeded to win the treble in Luis Enrique’s first season in charge.

Possessing a reinvigorated Jose Mourinho is also an understated advantage. The Portuguese manager often cut a frustrated figure at Chelsea, particularly during his last season, as he failed to land all of his transfer targets. Having been given the players he would like to work with, Mourinho is primed to do his best work after a 6 month hiatus.

The last time he took a break from the game, he built a treble winning Inter Milan.

Furthermore, the ‘Special One’ has past experience in the Premier League, which should ultimately be the difference between United and other challengers.

The English top flight brings with it a unique set of challenges, including the relentless festive fixtures, the lack of a winter break, a disruptive media, and the sheer competition. Mourinho’s ability to manage defeats and tension should ensure that United, relative to the other contenders, emerge unscathed.

What could prevent United from lifting the trophy?

A major worry for Manchester United could be the fixture pile-up due to the Europa League, and resultant fatigue and injuries in key positions. The squad is filled with talent, especially in midfield and attack, but the full back positions are low on quality. An injury to Luke Shaw or Antonio Valencia could significantly weaken Manchester United due to the lack of cover.

The defense itself is also slightly suspect, whether stalwart Chris Smalling is in Mourinho’s plans is unclear, and Daley Blind is far from the best option to partner and/or guide the raw Eric Bailly. A new signing might be needed to bolster the back 4.

United are also relying on Mourinho’s relentless turnover to change their style of play in the fall. The midfield and attack may struggle to shift away from Louis Van Gaal’s conservative possession game by the end of the fall, despite Mourinho’s changes.

Additionally, the Premier League will be decided by certain moments and small margins. The managerial quality at the top means that each manager will lose out at some point during the season. If Mourinho doesn’t improve on his head to head record against Jurgen Klopp and even Pep Guardiola, the title may be headed to another part of Manchester.

A fierce title race is on the cards, and Manchester United should finally reclaim the league title on the back of household names in Jose Mourinho, Zlatan Ibrahimovic, and Paul Pogba. The victory itself should be by a very small points margin, after what will be a very memorable title race.